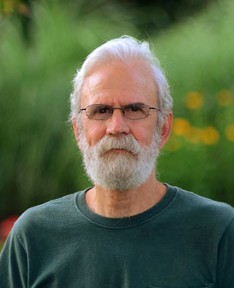 Randall Lee Schieber is a commercial photographer based in Columbus, Ohio. He has been shooting professionally for over twenty-five years. He specializes in editorial, architectural, location and travel photography.

Randall was born in Findlay, Ohio. His early childhood was spent in Mexico City where he learned to speak Spanish and developed an interest in travel. He has traveled widely throughout the United States and Mexico. He studied photography and art, first in Tucson, Arizona and later at the Ohio State University. He earned a B.A. degree from Kent State University, Kent, Ohio.

His work has been sold to numerous corporate clients, including Sears Distribution, McDonalds, several Medical facilities in Cleveland, and various Hotels, Condominiums and Assisted Living Facilities. Randall has been published in numerous calendars on Columbus and has been featured exclusively in more than twelve Ohio Scenic Calendars. He currently has six books out, Columbus Impression, Columbus Ohio: A Photographic Portrait, Ohio Then and Now, Ohio Simply Beautiful, Ohio Impressions, and Spring Grove Cemetery and Arboretum. His work has appeared in many national and local publications, including magazines, newspapers, posters, postcards, and books. Some of his clients include Midwest Living, Ohio Magazine, State of Ohio Travel and Tourism, Experience Columbus, Convention and Visitors Bureau, City of Columbus Recreation and Parks Dept., CDDC/Capitol South, MKSK, Burgess & Niple and Ruscilli Construction Co. Inc.